Dr. Griffin is a caring and gifted network Chiropractor. He is the real deal. You will love his genuineness, kindness and capacity to help you resolve complex health problems, get “cleared out” or achieve other wellness goals on many levels. The affordability of appointments will enable you to maximize your time and investment in your health. Love Dr. Justin’s skill and practice and look forward to being adjusted every week.
– Margaret G.

Compassionate, caring, and knowledgeable Doctor of Chiropractic. Dr. Griffin’s technique (NetworkSpinal) is one of the most sought techniques in country. The gentle approach allows the body and nervous system to heal and reach new levels of understanding. I travel from Seneca, SC to receive my chiropractic care. Dr. Griffin creates a warm and safe environment for his practice members.
– Karen M.

Went to Justin on February 11th, and all I can say is WOW. I’ve been to many chiropractors before with only temporary relief to none. First off, I didn’t even have an appointment set, I originally called because I woke up one morning with horrible back pain. And I called after I searched through Google for good chiropractors. This was one of the first ones I pulled up with mostly all good reviews. I called saying how much pain I was in and he literally took time to make me an “emergency” appointment. Upon arriving I met one of the coolest most down to earth chiropractors I’ve ever met (Justin) who took his time to get to know ME, and really did many things that I haven’t seen at other chiropractors that are this affordable. He was spot on with what he did and I left walking a different person, and feeling like a different person. 5/5 stars recommend. Will be seeing me again for sure.
– David N.

Dr. Justin Griffin has a unique approach to spinal care. I don’t know how to describe it , but it has definitely helped me with my foot problems. If you are having any physical issues give him a call, I did and I am glad I did!
– Jeff S.

Dr Justin offers amazing Network Care!! His results speak for themselves. If you are looking to transform your life both physically and emotionally, this is your guy! We are so grateful for him and his work. His care has allowed us to make powerful changes in our lives. I would highly recommend him to anyone seeking positive change and lasting health. 😊🙌💕
– Heather Chris B. 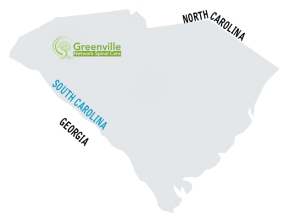